Who Is This Guy?

It's a reasonable question. Who is this blogger and why should his opinion be worth any more than I'm paying for it?

Biography can be boring and resumes can be padded. But, there are some things which lend credibility to the unknowns we encounter on the Web. I've attempted to do a bit of that with my web page: www.thunderchief.org. And, I'll freely admit to not being an "org"--but .com was already taken.

You'll find a bit more about flying jets and what I've done over the years and a lot less about my political positions. There's background on my books, review links, a bit about my past, and links to Amazon.com where you could (if you had an insatiable curiosity) buy the books or simply read what readers have posted regarding the stories.

Drop by if you've got the time or the curiosity.

The nation is beginning to notice Professor Ward Churchill and it isn't because of his patriotic positions. The Denver Post offered an editorial today supporting the trusty ol' First Amendment, but damning Prof. Churchill with very faint praise. (http://www.denverpost.com/Stories/0,1413,36~417~2680020,00.html)

It seemed appropriate to offer a bit of a response to the editors on their positon:

The Post editorial “That Sturdy First Amendment” (1/29/05) misses a significant portion of the Ward Churchill brouhaha. While Churchill certainly does have a First Amendment right to speak out against the evils of America and his university has the cloak of “Academic Freedom” to permit his espousal of anti-establishment positions, even the students that I faced while teaching political science classes in the local community college were expected to display a much greater level of academic rigor in presenting their positions.

The outrage expressed by the students, parents and contributors of at Prof. Churchill’s screed against America should most assuredly be echoed and amplified by the University of Colorado. Anyone who takes a moment to read the full text of Churchill’s essay will be astonished at the misstatements, falsehoods, assertions and sensationalism that fill the piece. (http://passionbomb.com/words/push_roost.htm)

Maybe it was the statement that a half million Iraqi children died as a result of US targeting of water supplies and sewage facilities in a “counter-infrastructure” bombing campaign of Desert Storm. There’s plenty of documentation of the bombing campaign to demonstrate the focus on command/control, air defenses, communications and lines of communication in the forward operating areas.

Or possibly that the “Highway of Death” bombing was not fleeing Iraqi Army units and supply vehicles but some sort of “conscripted civilian workers”? Or possibly my favorite because I’m a retired USAF fighter pilot with more than 250 combat missions, “The men who flew the missions against the WTC and Pentagon were not "cowards." That distinction properly belongs to the "firm-jawed lads" who delighted in flying stealth aircraft through the undefended airspace of , dropping payload after payload of bombs on anyone unfortunate enough to be below.” If Prof. Churchill stayed up and watched the night-scope video of during Desert Storm, he might have noted a conflict with his view of “undefended.”

Dr. Churchill has a First Amendment right to his opinions, but a University that hopes to achieve academic respect has a right to demand that senior faculty, department chairs, and top administrators address issues with discipline. Facts aren’t required for First Amendment protection. But, facts and rigor are expected of academics. Expecting the state of to fund a university that strays from these principles and expecting a university to support a fanatic which such a low level of professionalism and high level of fanatical emotionalism is way beyond the First Amendment. You can say what you want, Doc, but you can’t expect to teach it and get paid.

It's almost here, election day in Iraq. While the nay-sayers around the world continue to emphasize that the administration doesn't "have a plan" and there is "no exit strategy", we've watched during the last year as first "sovereignty" was returned to an interim Iraqi government, then a provisional assembly was formed with a transitional prime minister and finally a short-term draft of a constitution was prepared. Now, despite the denials of the doom-and-gloom crowd we're entering the weekend of the promised elections--on schedule and as forecast.

Now, none of those accomplishments have been perfect. "Sovereignty" as bestowed upon the interim administration in Iraq is more nominal than actual. There's not nearly enought legitimacy, very little truly established authority and even less of wide-spread acceptance. But, it is a step and it certainly doesn't smack of occupation or American imperialism.

What many choose to ignore is the fact that Iraq as a nation is a modern contrivance. Sometimes these post-colonial constructs work and sometimes, as in the case of Yugoslavia, they are abject failures. Having a first-world power declare borders and "nation-hood" while generally ignoring tribal, cultural, religious and language differences has been common in the 20th century and few places demonstrate the short-sightedness better than Iraq.

The Shia, Sunni, Kurds and other components of modern Iraq have a long history of distrust and dislike. They may succeed, if the leadership emerges that helps them to understand the advantages of sublimating their religous and tribal differences while seeking the greater political good of nation-building and democracy. Hands-across-the-aisle efforts in building the first elected government have a potential for success. Insuring that the Shiite majority doesn't establish overwhelming control to the detriment of the Sunni and Kurdish populations is a good start. Established representation of minority components of the nation might not be the purest implementation of democratic process but is one with a lot of potential for success.

The thuggish terrorists will be doing their damndest this weekend to upset the elections, but from this viewer's perspective, they won't succeed. There will be an election. There will be accusations of fraud. There will be loss of lives and terrorist acts. And, predictably, there will be a lot of Americans (mostly in the US Congress) who will highlight the shortcomings and downplay the successes. But, there will be democracy of a form established and progress on the road to nationhood.

Going to war is never a simple choice and even in the most extreme circumstances the concensus regarding committing to a war has never been unanimous. We didn't throw off the chains of British colonial rule with unanimity and we didn't wake up on the morning of December 8, 1941 with 100% committment to war. The Revolution had a deeply divided group of colonials and World War II, although it came close to total, still had resistance to the war. Some folks will never find anything worth fighting for and when that opinion is deeply held, it should be respected. But, when the anti-war opinion is one espoused for protection of the individual, for political posturing, for avoidance of inconvenience or disuption in one's personal life, or for popular acceptance, then that position should be despised.

War is never easy. Losses are part of war and the inability to forecast what tomorrow or even the next second will bring to the battlefield is not a simple cliche about the "fog of war"--it is a reality. Are we winning "hearts and minds" in Iraq, in Saudi, on the Arab Street or even in central Europe? Yes. Are we alienating former allies, hardening prospective terrorists and destroying good will worldwide? Well, yes again.

The essential question is whether the balance is more of one than the other. Time will tell, but the goals enunciated by the President in his recent inaugural address seem well worth supporting. Arguing against the establishment of democracy to replace authoritarianism is pretty futile and supporting oppression over freedom is ludicrous.

Here's a quote that many fighter pilots I've known had engraved on plaques that hung in their offices and homes:

“War is an ugly thing, but it is not the ugliest of things; the decayed and
degraded state of moral and patriotic feeling which thinks that nothing is
worth war is much worse. A man who has nothing for which he is willing to
fight, nothing he cares about more than his own personal safety, is a miserable
creature who has no chance of being free, unless made and kept so by better men
than himself.” 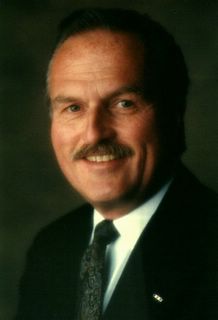 Welcome to Thunder Tales. As things develop here, we'll have a chance to talk about my flying experiences, the books I've written and my impressions about life in general and the state of political discourse in the USA.