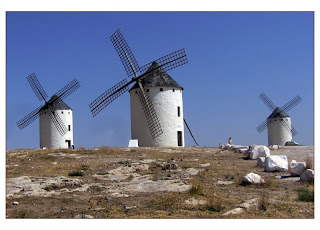 Next week we will probably see the globe-trotting President off to Copenhagen. He's going early in the conference probably to avoid some sort of collapse at the end of the meeting which would be attributed as yet another Bamster slap-down by the world which he so wants to love him.

This professor from MIT who is clearly knowledgeable about the issues of carbon mitigation and the goals of Copenhagen is describing what the Messiah will promise and what it will mean to deliver it:

We Will Destroy the Economy to Save It

First let us note that the author does not base his piece on Climate-gate or the now completely discredited manipulations of the CRU at East Anglia. He's "fair and balanced" in simply saying that this is what will be promised and then this is how the numbers crunch to make that happen. No value judgments of good or bad. As Joe Friday used to say, "just the facts, Ma'am, just the facts."

Bamster will unilaterally promise to reduce the US carbon emissions by 83%. That means a current per-capita emission of 5.5 tons per year will be reduced to 0.63 tons. We will be at about 12% of our current carbon dioxide emissions.

To do that, he calculates:

So, what does that mean for us if we recognize that those are currently unattainable goals and failure in any of them means failure of the program?

It means lights go out. It means air conditioning and heating of our buildings is drastically curtailed. It means factory production is stifled. It means products which currently travel from farm or factory to market will have to become dependent upon fleets of electric or bio-fueled vehicles. It means prices will go up to cope with increased production costs. It means taxes will rise exponentially to build all of those windmills and solar panels and nuclear power plants. When prices go up and taxes go up we slough off jobs and reduce our standard of living.

There is no up side to that picture. And, most importantly, the professor doesn't even mention that fact that the entire "problem" may be fictitious and based on perversion of data for the benefit of a small ideologically driven cadre.

It is sad how the mainstream media was slow to accept the story that you refer to in your last sentence. It will be interesting how the climate debate will be impacted--if the information will be ignored or not...

The UN has already decided that Climate Gate is not worth pursuing and that we still need drastic and urgent Climate Controls and of course the USA needs to pony up all the cash for said controls.